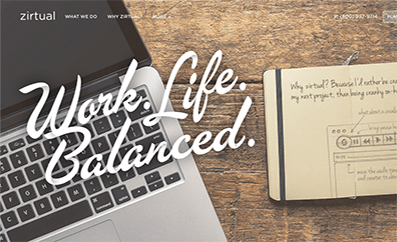 The 3 Mistakes That Crushed Zirtual Overnight

Virtual assistant firm Zirtual went from a Silicon Valley darling to a financial disaster in less than a year. The company was forced to halt operations and lay off 400 employees literally overnight.Understanding how such a catastrophe could occur can help keep other businesses from suffering Zirtual’s fate. Rather than just revisit the story behind Zirtual, let’s dig into the mistakes on all sides that led to the company’s failure. In the final analysis, both the leadership team and their financial advisor created problems that combined to sink the company.

Zirtual positioned itself as a provider of “high-end” virtual assistant services — the Nordstrom’s of VA providers. By providing top-tier services, Zirtual hoped to be able to charge enough to afford the necessary high caliber of staff and still keep its profit margins relatively strong.

As founder Maren Kate Donovan put it,“…at Zirtual I realized, people buy a story that resonates with the person they want to be, not necessarily who they are at that moment. And that’s part of how we built our brand.”The core of this “story” was the virtual assistants themselves. Only great people have great assistants, and Zirtual could provide you with a great assistant. Donovan insisted on hiring only virtual assistants with specific qualifications: they had to be U.S.-based; possess a college degree; and complete a rigorous training program. These requirements allowed Zirtual to provide a higher caliber of VA than clients could find elsewhere, and this is how it built its brand and fueled its initial spurt of growth.In pursuit of their chosen business model and vision of the company’s future, Donovan and her co-founders made certain mistakes that later created major financial problems for Zirtual:

Let’s look at each of these issues in turn and see how they affected Zirtual’s financial situation.

Mistake #1: Zirtual didn’t anticipate the cost of its staffing change

Zirtual launched in 2011. By January 2015, with Zirtual hitting nearly $1 million in monthly revenues, Donovan decided that she could now afford to “do right by her people” and convert her entire workforce of virtual assistants from contractors to full-time employees.This was part of her vision for the company, but the team neglected to take into consideration the full impact on Zirtual’s bottom line.Consider how different the financial picture becomes if you have 400 employees versus 400 contractors. Let’s say you’re paying your contractor workforce $15 per hour. Assuming they all work full-time, your wage expense will come to $240,000 per week, which works out to $1,040,000 per month.But this is at peak efficiency. If you lose a few clients, your contractors won’t work full-time, or not all 400 will work. You can match supply with demand with this fluid workforce. That means you only have to pay wages to your contractors if you have a revenue stream to cover those expenses.

Now compare that to a staffing force of 400 employees. You have two considerations with employees:

… while the second bound the company to fixed costs even when revenues declined.

Donovan tried to make the company’s new staffing approach more tenable by reducing wages to $11-$12 per hour, but that made it much harder to attract the high-quality workers that Zirtual’s business model demanded. As Keating explained,“That created a huge amount of turnover among a U.S.-based, college-educated employee base, with lots of people dropping out even during the training program. And what that meant was that Zirtual had to project hiring 20-30% more people than it actually needed, so that it wouldn’t be caught short-staffed.”

In the spring of 2015, suspicious of the company’s poor financial performance, Donovan “dug into the numbers herself” and discovered that Keating’s payroll projections assumed two pay periods a month for a total of 24 pay periods a year. In reality, since Zirtual was on a two-week pay cycle, the company had 26 pay periods a year. That may not sound like much of a difference, but when you look at some hard numbers, it can be enough to seriously throw off the projections.

Assuming that Zirtual had 400 full-time virtual assistant employees and was paying them an average of $11 per hour and then tacking on an additional 25% to approximate the cost of benefits and other employee expenses, you end up with a total employee expense of $220,000 per week. With an every-other-week pay cycle, that means each pay period costs the company approximately $440,000.If you simply multiply that number by two and use that as your monthly payroll estimate, you get $880,000 per month. However, if you correctly assume 26 pay periods per year, you instead get a monthly payroll estimate of $953,333 (point three three three…).A difference of $73,333 per month in expenses may not sound like much for a company that’s bringing in nearly $1 million in monthly revenue, but with an already-damaged profit margin, thanks to the new employment model, those few thousand dollars could easily be the straw that breaks the camel’s back.With Zirtual already suffering under the financial strain of new and much heavier staffing costs, its failure to correctly predict or interpret future payroll expenses made a bad situation worse. The extra drain on the company’s slim capital resources also made it much harder to attract further funding, scaring away even Zirtual’s initial investors.

Instead of bringing a CFO onto the board, Zirtual’s leadership team turned to a third party for financial guidance. During Zirtual’s first few years of existence, Donovan and her board members handled the company’s books themselves. In early 2014, Donovan hired a Silicon Valley CFO firm recommended by one of Zirtual’s investors, and the firm sent Keating to advise the board.It’s ironic that Zirtual chose to outsource the CFO role even as it was making its staff full employees. Donovan prioritized putting the company’s resources into VA staffing rather than financial expertise, yet she paid for this decision in lack of financial oversight at the board level — a decision she later described as “penny wise and pound foolish.”For example, the lack of connection between Keating and Donovan was a major factor in the company’s payroll-projection confusion. Keating says that he was aware of the discrepancy when he created the payroll projections and took it into account. As he explained it,“… the cash projection in each pay period was artificially higher (on a sliding scale) to make up the difference, thus meaning that Zirtual shouldn’t have suddenly had to come up with hundreds of thousands of unexpected dollars.”But Donovan apparently never realized that he’d chosen to inflate the projections to compensate for the missing pay periods, so when she originally read the projections, she assumed that they matched up to actual pay periods. This kind of misunderstanding between the CFO and the rest of the leadership team can cause enormous problems for a company (as Zirtual’s case demonstrates).It was only one month before Zirtual ceased operations that they employed a professional, full-time controller. The controller’s first words once she had looked through the finances:“Wow, we’re going to have to rip it up from the ground up”A full-time CFO or controller earlier in the process would’ve also been far more likely to realize the financial problems associated with bringing on 400 new employees all at once and could have alerted Donovan to the risks and helped her find a way to bring her vision to life without eroding Zirtual’s financial foundations in the process. As Donovan herself said,“In retrospect if we had a senior finance person and a senior ops person it would have been a completely different story.”

What to take away from the Zirtual story

Both poor policy decisions (switching to employees rather than contractors) and poor financial planning (the flawed projections and lack of a strong CFO) destroyed Zirtual’s potentially bright future. Its leadership team had a vivid and potentially profitable vision for their company but lacked the expertise to realize the short-term financial consequences of that vision. Those consequences, combined with Zirtual’s lack of capital, simply ran the company out of money. But understanding just how and why Zirtual failed can help other startups evade those particular traps. Or, as Donovan put it,“Founder/CEOs can often become a single fault point for their entire startup. And when you mess up as CEO, hundreds of people can lose their jobs. Have safety mechanisms in place: surround yourself with experienced advisors and don’t be afraid to ask for help — “fake it ‘til you make it” works until it doesn’t.”