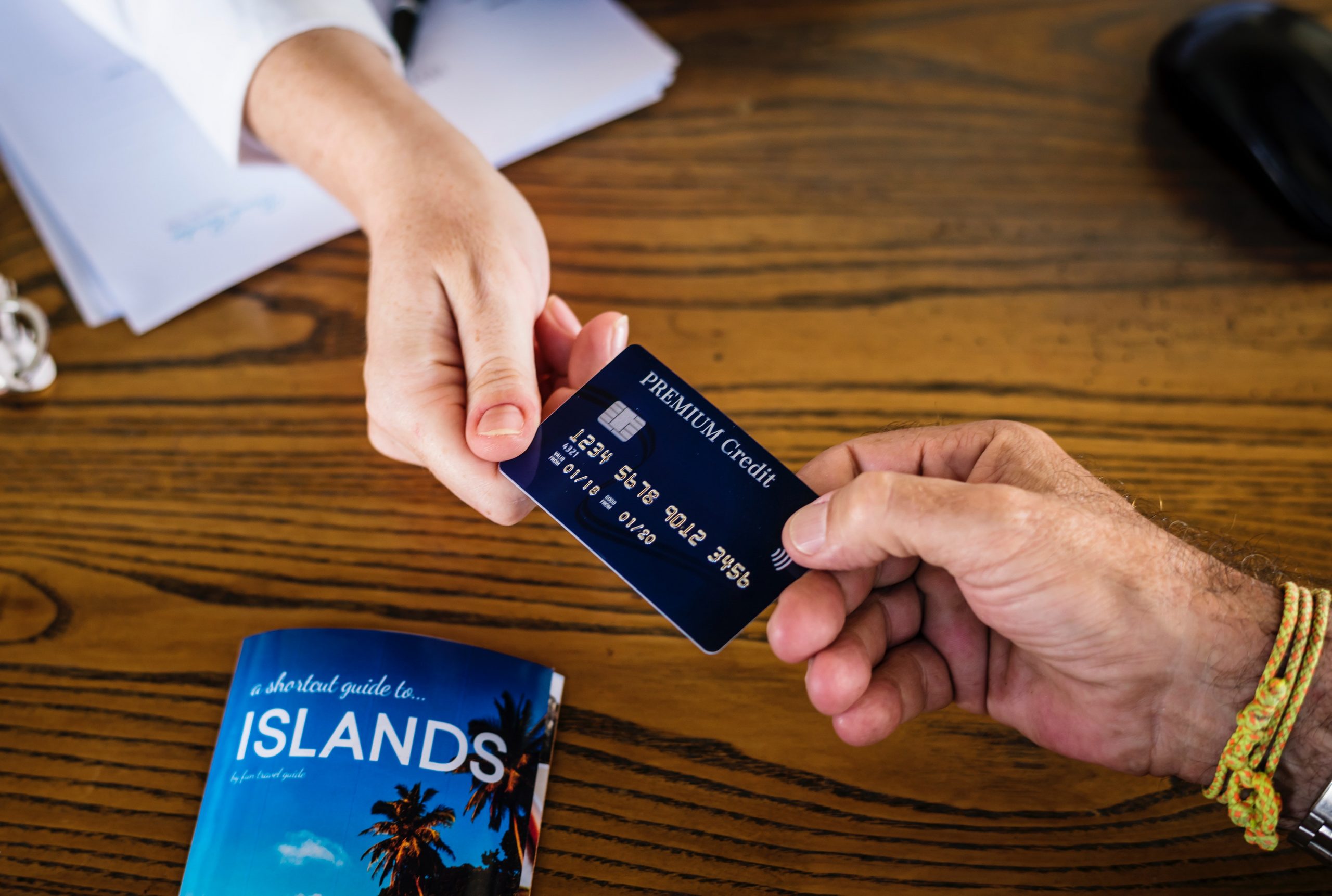 Employee theft costs US businesses an estimated $50 billion a year, so it is no wonder that companies are concerned about fraud.

There are several common types of fraud, one of which occurs via the corporate credit card. Many organizations issue employees physical credit cards with unlimited spending power to pay for travel, meals, entertainment, and other business-related expenses.

As the business grows and hires more and more employees, the receipts for these expenses can quickly pile up and finance teams can become overwhelmed trying to reconcile it all. This means that fraudulent purchases can fall through the cracks, allowing illegitimate expenditures to go unnoticed.

While many fraudulent purchases are small in scale (such as personal meals or transportation), some people adopt a “go big or go home” mentality when defrauding their employers. Here are nine outrageous things employees have bought with their corporate credit cards.

From 2011 to 2014, Nadia Minetto purchased and resold more than 10,000 iPhones and iPads to a contact she made from an internet ad. Minetto began misappropriating company funds in May 2009, and eventually turned her newly-rewarding side hustle into a $6 million high-tech haul.

As the accounting manager for a Canadian software company, Minetto was the sole approving authority for all employees’ American Express corporate cards. This of course, included her own card. The company had issued 180 corporate cards, and throughout her operation she’d hidden the extravagant purchases in a mountain of company expenses.

Not to be all business, she also treated herself to a new car (which she later resold), a trip to Vegas, and season tickets to the Toronto Raptors. The company had considered going public, and only after it hired a consultant to assist with this were her spending habits discovered.

Chad Arrington, a.k.a. “Chad Focus,” decided to become his own record label at the expense of his employer Money Map Press, an investment publisher owned by The Agora Companies. While working as a search engine optimization specialist, Arrington used his company card to purchase audio equipment, artificial Spotify streams and social media followers, flights, and, oh yeah, this…

Arrington funded the massive Times Square billboard through the company he formed as part of his musician moonlighting enterprise: Focus Music Entertainment, LLC. Through his efforts, he managed to accumulate more than four million views on his YouTube channel and nearly 200,000 (purchased) Twitter followers. With his newfound audience, “Chad Focus” espoused his path to self-made success, even if it was bought and paid for by his unwitting employer.

$2.5 million for made up travel expenses

In 2016, Provectus Biopharmaceuticals fired its former Chairman and CEO H. Craig Dees for misappropriating nearly two and a half million dollars over the course of three years. While not technically a credit card scheme, this example bears many of the same traits.

Rather than charging travel expenses to his corporate card, Dees had his charges pre-authorized as advances. What’s more, many of the receipts he filed after the fact either showed major inaccuracies, or never surfaced. Much of this was made possible by another executive approving the advances.

What’s most interesting about this story isn’t what Dees bought, it’s what he didn’t buy. All the funds advanced to him were to be for lavish travel accommodations, however, upon discovery of the falsified receipt assortments, accountants determined that Dees never actually traveled. Essentially, he just pocketed the money.

$3,152 popcorn machine rental (and other items)

Between 2010 and 2011, IRS agents made roughly 273,000 purchases totaling $108 million using government-issued credit cards. While the majority of these purchases were deemed legitimate, some were used to buy personal items such as Nerf footballs, baby clothes, wine, and diet pills. Some purchases funded novelty items at employee-organized events, including a $3,152 popcorn machine rental.

According to a report by the Treasury Inspector General for Tax Administration, the IRS lacks the necessary internal controls to adequately ensure appropriate spending by its employees. At least five credit cards were reported stolen, contributing to the various purchases.

The current CEO, George Schaeffer and Eileen remained deadlocked in legal battles following the death of Mike, as Schaeffer persisted that such poor mismanagement of funds significantly devalued the company. If these shopping sprees were listed as business expenses, it would have undoubtedly impacted their customers’ premium payments.

Derek Broomes, former President and CEO of a non-profit organization, misappropriated more than $800,000 from a federally-funded program aimed at providing housing to low income individuals living with HIV/AIDS. He diverted funds that were intended to cover rent payments for residents covered by the program to the Housing Nonprofit’s operating account, where they were used to pay off his fraudulent purchases made on corporate cards.

These expenditures included luxury items, new electronics, and vehicle upgrades/maintenance. Due to the rampant misappropriation, the organization frequently missed rent payments, and eviction notices ensued. To perpetuate his scheme and avoid detection, Broomes submitted false reimbursement requests to the agency administering the funds certifying that the non-profit had paid its members’ rent.

Indiana county auditor and council member Angie Lawson used county-issued, taxpayer-funded credit cards, collectively valued at more than $300,000, to purchase Walmart charge cards under the guise of government spending. She then used the cards to purchase a plethora of personal items, including clothing, movies, makeup, and liquor.

The additional layer provided by the gift cards allowed her to continue the fraudulent activity without being suspected. The report didn’t specify how long this behavior went undetected, but given the monetary amount, smaller purchase sizes, and multi-credit card conspiracy, it can be assumed this likely went on for quite awhile.

From 2007 to 2010, Ricky Charles Goodrich, the former CFO of the rock band Pearl Jam, stole more than $300,000 from Pearl Jam’s management company, Curtis Management, owned by band manager Kelly Curtis. Including investigative expenses, the ordeal cost the company about half a million dollars.

Some of the expenses were paid for using company credit cards, while others were passed off as “road cash” for the band members and payroll bonuses for crew members, who later denied ever receiving such compensation.

Goodrich used the money to clear personal debts, bankroll family vacations and Amazon shopping binges, and even buy a personal life insurance policy. He dug an even deeper trench when he began forging Curtis’ signature to sign himself personal loans. These discrepancies were eventually discovered by a private investigator, and Goodrich was ordered to pay $306,000 in restitutions, not to mention the nice six-month jail sentence he received.

Rebecca Lourenco, a purchasing supervisor for Providence Water Supply, used her company card to buy $13,806 of personal items. While not much compared to other mentions on this list, the variety of items she purchased were diverse, to say the least. It began with makeup, powders, clothing, and a mannequin head. By the time she’d been caught, investigators had uncovered Nerf darts, a leather ottoman, and a gazebo canopy.

Lourenco may have brought on her own demise when she herself approached a supervisor to report she had made one personal purchase on the credit card for $155. She paid back the money for the purchase, but officials opened an audit anyway and discovered the rest of the fraudulent transactions.

No organization is immune to credit card fraud

Weak internal controls can allow all types of fraud, from a minor, innocuous case of misusing a corporate card to falsifying expenses for a seven-figure theft operation. Solutions like Teampay mitigate these issues by allowing finance teams to track and approve company spend in real-time. Keep that in mind in case your new entry-level intern is suddenly driving to work in a nicer car than you.