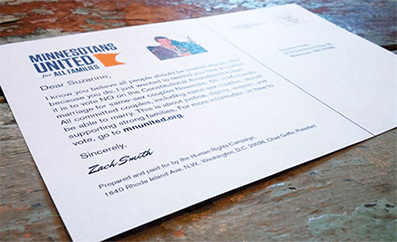 There’s a lot of glamour involved in startups. A few people with a singular mission genuinely trying to change the world. The belief that anyone can come up with an idea, launch their own company, and make millions is the new version of the American Dream.

But a great idea by itself isn’t nearly enough: a company needs leaders who possess business savvy across multiple domains, or they need to hire competent advisors to build out their flatsides.

Amicus is a classic example of how a lack of basic financial knowledge from the leaders in a business can destroy the most promising of companies.

Amicus’s founder, Seth Bannon, started the company (then called BlueFusion) as an alternative way for nonprofits to approach fundraising. He’d been involved with various nonprofit causes since he was a teenager and expressed frustration with the typical fundraising process.

Amicus created a process that used social leverage to get donations. The company developed tools to match supporters on its nonprofit customers’ mailing lists with Facebook accounts and then assigned Amicus staff members to call or write supporters with whom they shared some sort of connection. As Bannon explained it, a phone call or snail mail from someone you know is far more likely to inspire a donation than a call from a stranger—or even a Facebook request from a friend.

For example, the company developed a postcard that could be personalized and sent to friends or friends of friends:

Bannon reported that during Amicus’s beta test in 2012, having fundraisers contact friends instead of random strangers doubled the odds of getting a donation.

But it was less the explicit business model of Amicus that caused issues and more the internal machinations of the company.

Mistake #1: Taking on the CFO role with zero financial experience

Amicus was founded in 2011 and received its initial funding in 2012. During this time Seth Bannon not only served as CEO, he was also the company’s CFO, accountant, controller, and so on. He was the finance team.

Yet before founding Amicus, Bannon’s only business experience was his turn through the Y Combinator startup boot camp. As Bannon put it himself, “Financial operations aren’t my forté. I have little tolerance for paperwork, forms, or bookkeeping…”

By the time he did bring an accountant on board in 2014, the books were a mess. The biggest issue was taxes. When the new accountant dug into Amicus’s bank statements, he discovered that the company had failed to make its employment tax payments for almost three years. Bannon had made three mistakes:

Not making employment tax payments to the IRS is one of the costliest mistakes any company can make given the rate at which penalty charges accrue:

Let’s say you owe the IRS $6,000 in payroll taxes per monthly pay period. As the above chart shows, making your deposit more than 10 days after receiving your first IRS bill adds a $900 penalty, raising your total due to $6,900. Now consider what would happen if you failed to make the payments for three years, as Amicus did. All these taxes and penalties accrue:

By the end of year three, your total payroll taxes would have reached $216,000 and the penalty would become $32,400—resulting in a total due of $248,400. This is without taking interest into account.

And it gets much worse if the IRS finds you responsible for “willful failure” to make employment tax payments. In that case, you can be subject to a 100% penalty (known as the trust fund recovery penalty) and possibly jail time as well. Fortunately for Amicus, Bannon managed to escape that particular consequence.

The Amicus outcome was worse than our model though. According to Bannon, Amicus’s back taxes, interest and penalties, and legal fees cost the company over $500,000, most of which had to be paid to the IRS immediately. Needless to say, having to hand over such a sum cut deeply into the company’s capital reserve and forced Bannon to scale back the company’s operations. The debacle left Amicus with only around $400,000 in cash—enough to keep the company running for just three months with its existing staff.

Such a large issue was caused by fairly small mistakes—not understanding the Bank of America website, not understanding what withholding entailed, not looking at bank statements, and not keeping financial information up-to-date. But three years with no professional financial experience on the team meant that all these issues added up to a half-million-dollar hole in the accounts.

Mistake #2: No oversight of the CEO

Amicus’s initial developers chose not to join the startup full-time, and while Bannon did bring on two co-founders, they didn’t arrive on the scene until after Amicus had both funding and a customer base. Amicus’s investors were not directly involved in the day-to-day running of the company; in fact, there were no investors on the board.

“One thing that I let slide was investor updates. There were a couple investors I talked to regularly, but by and large my communiqués were scarce, and normally were sent when I needed something. This meant that when the crisis struck, it took much longer for investors to be able to help than it needed to… and as you can imagine, having the first substantive update you hear in a while be about an impending crisis is not the most inspiring thing.”

The lack of oversight was so great, that his own partners didn’t know about the company’s tax snafu until after the fact. When they did find out about the financial hole Amicus was now in, both of Bannon’s partners resigned in protest.

Amicus investors decided to let him continue as CEO—although they weren’t willing to give him any more money. Bannon dealt with the company’s sudden lack of funds by laying off all but three of Amicus’s employees and narrowing the company’s focus to Amicus Post, the customized fundraising postcards.

The investors let Bannon remain as CEO after such a disaster because it was the best alternative for them from a financial perspective. Each of Amicus’s investors had sunk a relatively small amount of their available capital into the company; the largest firms had invested several hundred thousand dollars apiece, but that was only a tiny fraction of the hundreds of millions of dollars in their funding pools. They had little to lose even if Amicus completely fell apart.

“We invest relatively small amounts of money across many companies, and as part of that, we don’t do heavy diligence.”

On the other hand, ousting Bannon would require a costly legal battle and if they won it would leave them with an ailing company on their hands—not exactly a desirable result. But another Amicus investor was less stoic about abdicating responsibility:

“We’ve given up on the things we’re supposed to be doing. Had I done diligence, I wouldn’t have done the deal.”

Investors are looking for exactly the trait Bannon possessed—drive. They aren’t looking for financial acumen. They want that further down the road when a company is scaling, but at that point it could already be too late.

A CEO’s drive does not replace a CFO’s diligence

Bannon simply didn’t have the finance skills or background that a CEO needs to successfully run a company’s finances. He had that initial will to take an idea and build a company, but he didn’t realize how little he knew about finance. If he did, he would have realized the need to bring an experienced CFO on board. Managing a company’s financials is not like managing the household budget. CEOs who don’t have a financial background must bring an expert on board to handle CFO duties or they place the entire company at risk.

If either the investors or Bannon’s partners had done even a little due diligence, they would have realized this and could have intervened before financial mismanagement devoured all of Amicus’s capital and tarnished its reputation.