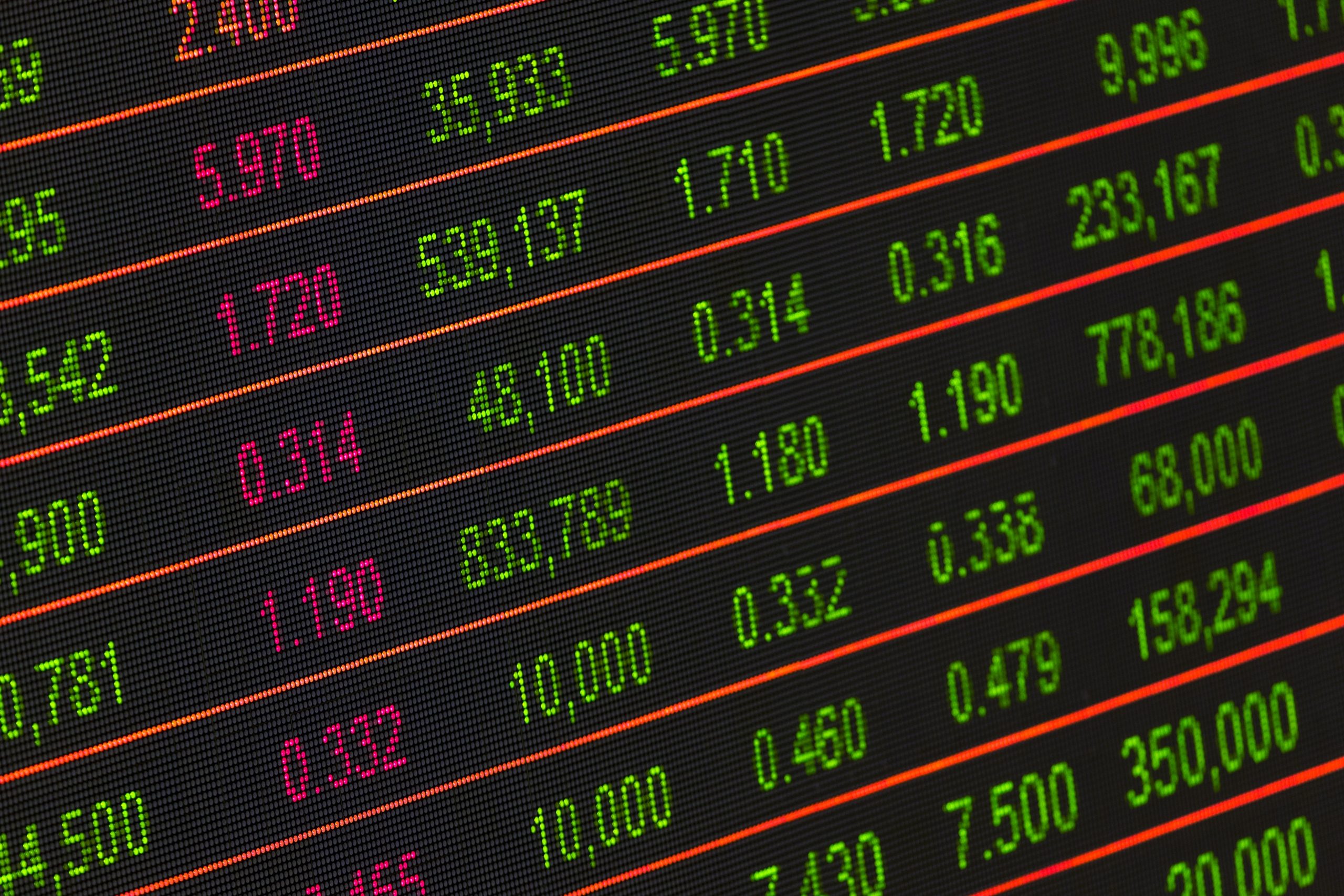 Startups fail. Yet despite the fact that 67% of VC-funded startups either die or don’t return enough to justify the investment, and only 1% reach the coveted unicorn status (a valuation of $1 billion or more), venture capital firms continue to invest in them. That’s a real problem, and not just for investors. If VC firms fail to produce sufficient profits, investors will look for other places to put their money. Startup funding will dry up, making it tougher than ever for founders to launch their new companies.

Having a great product or service isn’t enough to guarantee advancement. Plenty of startups have that and fail anyway. What ultimately leads new companies to profitability is the ability to predict customer needs and proactively devote resources to solving them. This means building a fantastic customer experience into the product roadmap and financial plan from the beginning. We looked at six examples of VC-funded companies that made the leap to profitability from revenue to see how they managed it.

Airbnb revolutionized the hospitality industry by making it possible for just about anyone with a couch to offer short-term rentals to travelers. The company was founded in 2008 by two designers, Brian Chesky and Joe Gebbia. They later brought on a third founder, computer science student Nate Blecharczyk, as CTO. Airbnb has faced numerous hurdles, from an initial lack of interest from investors to legal battles with several cities. For the most part, its founders have met these challenges by tackling them in a direct, hands-on fashion. For example, New York City rentals faltered in 2010 because hosts were posting low-quality photos that didn’t portray the properties’ true benefits. Chesky and Gebbia flew to New York, rented a top-end camera, and took better photos themselves. When this approach doubled the company’s New York revenues, Chesky and Gebbia hired freelance photographers to provide the same service to hosts in other cities. The new photography service turned out to be a tipping point in growing the company’s revenues.

Another key factor in Airbnb’s success was its focus on customer experience for both hosts and guests. The company’s USP is its ease of use. The platform is simple and straightforward, and provides a higher level of security than one can get from competitors like Craigslist. Airbnb’s customer-centric culture and go-getter attitude helped the company achieve unicorn status by 2015 and profitability by mid-2016. In 2017, Airbnb managed $93 million in profit from $2.6 billion in revenue, a roughly 3.5% profit margin.

“We wanted to take design from this very privileged, professional thing that only one percent of the world could do and allow the other 99 percent to access it as well.”

Unlike Photoshop, which has tremendous capabilities but requires an equally tremendous effort to master, Canva’s design tools are simple and intuitive. The company’s beta version launched in 2012 to a select group of professionals. Canva founders Melanie Perkins, Cliff Obrecht, and Cameron Adams used the feedback from this group to fine-tune its product before releasing it publicly in January 2014. Almost from the beginning, Canva’s growth has been extraordinary. Just 10 months after its public release, the product hit 1 million users. In August 2015, less than a year later, Canva reported reaching the 4 million user mark. Today, the company has more than 10 million users, and its stated goal is to eventually reach 3.2 billion.

Remarkably, the company’s steep growth is based entirely on word-of-mouth. Canva has never used paid advertising to reach people. Instead, it has focused on providing a superb product and developing a community for its users. In April 2014, Guy Kawasaki joined Canva in the role of Chief Evangelist, and within two months of his arrival, Canva’s user count tripled. Canva’s blog provides an ongoing source of design-related resources for designers of all skill levels. The company also focuses on making its onboarding experience as supportive and helpful as possible so that users quickly feel comfortable with the product. These efforts have resulted not only in incredible growth, but in profitability as well. Canva officially became profitable in 2017 and is now valued at $1 billion.

Evernote is a popular productivity app that organizes notes, webpages, and other information in a single location. Founded in 2004 by Stepan Pachikov, the company merged two years later with a similar startup called Ribbon, led by Phil Libin. Libin became CEO while Pachikov remained in a technical role. Evernote released its core product in mid-2008, but immediately ran into funding shortages, largely because of its pricing structure. Evernote worked on the freemium model, but the free version of the product was so good that investors feared no one would be willing to pay for it. Libin managed to turn this potential drawback into a benefit for his company. Because Evernote’s free version is so good, users are more likely to upgrade over time. In fact, Libin’s analysis showed that the upgrade rate for users after one year was 8%. The company’s long-term retention rate is extraordinarily high, which helps keep profits high as well.

Evernote’s unique approach to user acquisition paid off when the company officially became profitable in early 2017.

Like Airbnb, HotelTonight is making waves in the hospitality industry. The company’s app provides a way for travelers to book hotel rooms at the last minute for a greatly discounted rate. Founded in December 2010 by Christopher Bailey, Jared Simon, and Sam Shank, HotelTonight struggled to attract investors in its first few years because of the its astronomically high burn rate.  The company’s impressive growth rate couldn’t make up for its $30 million a year in expenditures. CEO Sam Shank rolled up his sleeves and came up with a plan to switch the company’s game plan from growth to profitability. To help ensure that every move was geared towards increasing profits, he made HotelTonight’s EBITDA its primary KPI. This focused the team’s efforts on growing transactions and its profit margin while reducing expenses. All the while, HotelTonight  prioritized providing its customers plenty of value. For example, the company revised its loyalty program to increase the discount offered to repeat bookers. Shank’s efforts were successful: HotelTonight officially started turning a profit in April 2016, just seven months after the company’s switch in priorities. Even after reaching profitability, HotelTonight continues to look for new ways to improve customer experience. A few months ago, it released a new “Daily Drop” program, offering super-discounted rates that users must claim within 15 minutes. It also released a desktop version of its app earlier this year.

MeUndies was founded by Jonathan Shokrian in 2011 under the premise of offering the most comfortable underwear in the world via a subscription model. The core concept behind MeUndies was to make underwear replenishment automatic so that customers would simply never need to think about it again. As CEO Bryan Lalezarian put it:

“…when we launched MeUndies, we focused 100% subscription, aiming to deliver a unique experience that blended quality, convenience, and value for a premium product. Our core subscription delivers a new pair of the best undies in a variety of colors and prints to your door each month. Your drawer is always full of great, comfortable pairs of underwear.”

MeUndies has built up its subscription business by focusing on customer experience. For example, when they realized that customers preferred the shortest possible delivery time, they switched to a faster and more expensive carrier, but absorbed the new costs rather than passing them on to customers. Similarly, Lalezarian realized that some of MeUndies’ customers wanted other options besides an automatic subscription, so the company began offering a membership model that allows members to buy underwear à la carte at a discounted price. It’s also opened up the option for nonmembers to make one-time purchases. Adapting its models to serve its customers’ needs has worked out well for MeUndies. The company is not only profitable, but has enjoyed substantial year-over-year growth for the past three years.

Direct-to-consumer eyewear company Warby Parker followed an unusual course of progression: it went from e-commerce to brick-and-mortar at a time when most companies are headed in the opposite direction. Selling eyeglasses online can be challenging because customers don’t have the chance to try on the glasses and see how they look before buying them. Since its founding in 2010, Warby Parker has tried a number of different ways to overcome that obstacle, including shipping five different pairs of frames at once so that customers could sample them all; a web-based try-on app using the customers’ webcams to show them how the glasses would look; and even a virtual eye exam so that customers could get a new eyeglass prescription from the comfort of their own homes. Eventually, however, founders Neil Blumenthal and David Gilboa realized that nothing could beat the visceral experience of physically trying on different pairs of eyeglasses. When they opened the first Warby Parker retail store in New York City in 2011, nearly 2,000 people showed up on the first day. Since then, the company has expanded to 74 stores and plans to keep going.

Warby Parker retail stores are designed to enhance customer experience in every way possible. Frames are easily available for customers to try on instead of being locked away, and associates are on hand to guide customers through the process. After their first retail experience, most customers convert to buying online in the future. Gilboa explains:

“More than anything, we just want to give customers options. We like to say that we’re experience-focused, but medium-agnostic. We don’t care if customers are engaging with us through a physical store, online, through their phones, through channels like Twitter or Instagram. We just try to make things as easy as possible, regardless of the medium.”

Warby Parker’s ongoing drive for a better customer experience helped the company achieve unicorn status in 2015 and profitability by 2017.

Each of these companies adopted a different strategy to sell their varied products and services, but there’s a common thread: the founders prioritized their customers’ needs and focused on delivering a solution, even if it meant shifting from the original business model. To achieve profitability, startups not only need a great product, but also a clear understanding of how their audience wants to use that product—and a commitment to providing them with the optimal experience no matter what. This is where finance teams come in. While the decision-making around customer service and other similar functions is traditionally led by external-facing teams, it is critical for finance professionals to be involved from the get-go. These activities directly impact a business’ bottom line, so proactively considering their implications from a financial standpoint is a must.